All in the Family: Sibling BioTech Founders are Improving the Practice of Healthcare

“I am not deep in the sciences. My background is in finance, investment banking, private equity,” said Geneoscopy co-founder and CEO Andrew Barnell. “I’m lucky enough to have a brilliant sister and co-founder. She’s an MD, Ph. D. and brings the science background to the founding team.”

The siblings were raised by lawyers… no joke: Their parents met in law school. But their father quickly transitioned from law to business by starting a company in medical records and revenue cycle management for physicians and hospitals.

“I think we obviously had the influence of him growing up, starting and building that business… but I don’t think either of us went to college knowing exactly what we would do,” Barnell said. “There are some parallels in the paths that Erica and I took… we both went to the same school and were in undergraduate business. She was undergraduate business and biology.”

Right out of college Andrew took a post at JPMorgan in investment banking while Erica took the MCAT. That’s where they diverged… for a few years.

“Erica came up with the idea. She was working in a microbiome lab at Wash U. that had funding from the Bill and Melinda Gates Foundation to develop a test to diagnose kids in Sub Saharan Africa that have environmental enteropathy disease,” Barnell said. “Erica was a very junior lab technician, but the lab developed this technology to isolate human RNA from stool samples… she saw this technology is really applicable to something much more broad.”

While his sister was getting excited about the technology, Andrew was looking into starting a healthcare business, something that appealed to him in business school. He recalls that he thought it might be in healthcare IT or something service related, not the heavily regulated biological sciences. But Erica had already done some due diligence and taken it partway through an accelerator called Sling Health at Washington University. That’s when she took the idea to her brother and the two launched the business shortly thereafter.

“We’re talking about highly burdensome diseases like inflammatory bowel disease, or cancer, or bowel syndrome,” he said, adding that the technology they’re developing gets cells directly from the source of the GI condition. If stabilized, the RNA sample obtained can be quantitative and phenotypic – supplying a ton of information. “We’re also talking about all different types of diagnostics ranging from screening to monitoring… all the way to assistance with therapeutics.”

While some entrepreneurs are shy about sharing their ideas, not so with the Barnells. Andrew says he’s always believed a successful business is more about the execution than the original idea, so he bounced it off of peers from business school, former professors, physicians… just about anyone.

“We probably entered every pitch competition… Arch Grants was big. So was Accelerate St. Louis and both Washington University in St. Louis, as well as the Wharton School where I went, provided non-dilutive capital. BioGenerator and BioSTL were big supporters,” he said. “The sheer number of people that would spend an hour just to give us their thoughts, to make a connection for us, to give us feedback on a pitch deck… we probably did talk to thousands of people.”

Not all were completely supportive. The two heard regular concerns about their being related and their age – both were in their 20’s. On the plus side Barnell said having his sister as co-founder meant he was starting the company with someone he knew really well, and trusted, and who had complimentary domain expertise.

“We’ve countered early objections by hiring a really talented team,” Barnell said. “Folks that fit with the culture and believe in the business and the mission and bring some expertise. I think that’s how we really overcame that knee jerk reaction people had early on.”

Geneoscopy is committed to providing safe, effective, and innovative non-invasive tests to improve the diagnosis, treatment, and monitoring of gastrointestinal diseases. This includes the improvement of cancer screening compliance to facilitate early-stage detection. 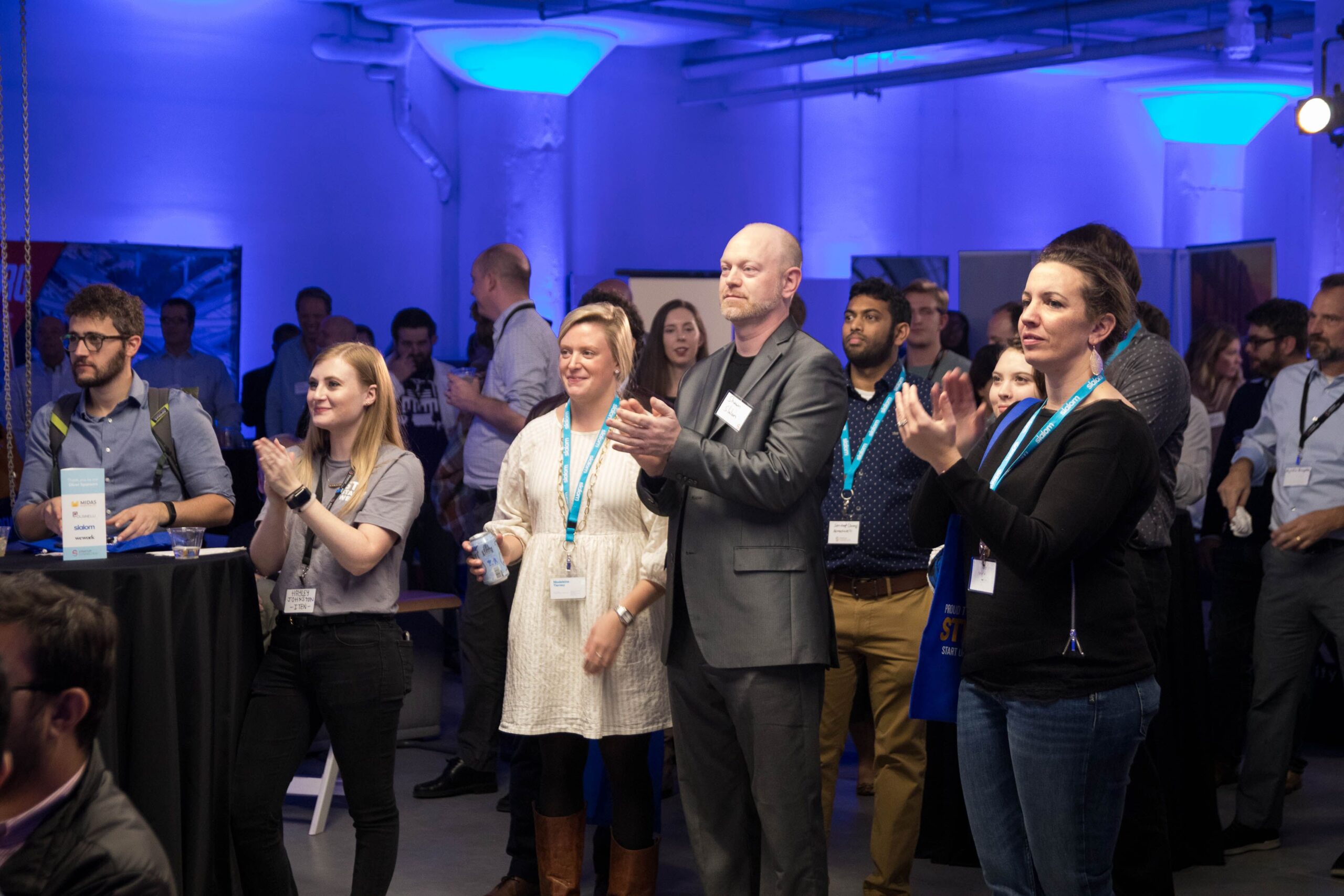